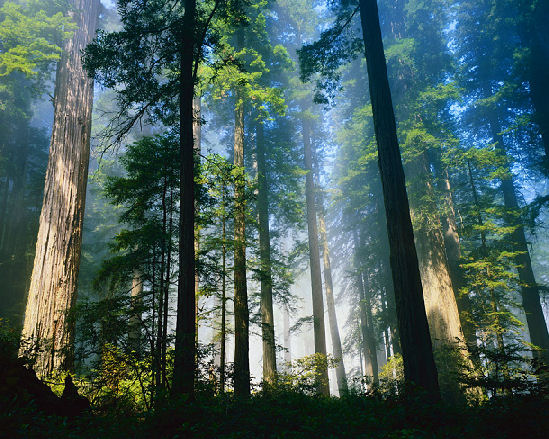 What is the real value of tropical forests? By now, you may have heard a lot about the two most important and commonly recognized services that tropical rainforests provide to the humanity:

Those are the two main factors that have been widely put forward as the arguments which are strong enough for us people to try to do our utmost to "save the rainforests" from their continuous destruction.

There is a strong interdependent relationship between the climate and the tropical rainforests.

On the one hand, favourable local climatic conditions determine the existence of rainforests in principle in a certain location. (Ref. 2)

For example, true tropical rainforests can only exist in geographical locations with a continuous supply of rainfall and sunshine. Such locations are mostly found in the geographical areas around the equator.

On the other hand, rainforests affect the global climatic conditions by acting as pollution filters / carbon sinks / lungs of the earth.

Rainforest trees absorb carbon dioxide (CO2) and produce oxygen back into the atmosphere, by way of photosynthesis. (Ref. 3)

In very simple terms, such carbon absorption by rainforests helps reduce the amount of CO2 that could otherwise be released into the Earth's atmosphere and cause global warming. (Ref. 4)

Biodiversity (biological diversity) is defined as a number and variety of plant and animal species in a certain habitat.

We know that tropical rainforests have the highest levels of biodiversity, as compared to any other place in the world.

For example, from one of the UN Chronicle issues we learn that a 2,500-acre area of a typical tropical rainforest is home to some 1,500 species of flowering plants, 750 species of trees, 400 species of birds and 150 different species of butterflies. (Ref. 5)

In another example, check out some facts about Ecuador rainforest, one of the most biodiverse places on the planet. 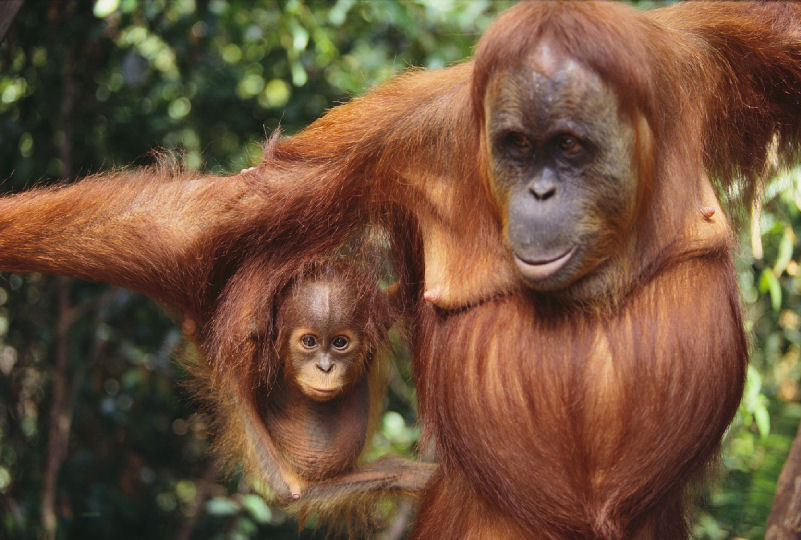 Rainforests are home to a large number of endangered animals, such as the mountain gorilla, which are crucial components of tropical biodiversity.

But why is it so important for us to preserve biodiversity as much as we only can?

From the utilitarian point of view, the common answer to that question is:

If we continue to lose biodiversity, we are going to lose out on potential discoveries of new foodstuffs, medicines, industrial raw materials.

This is not to mention the fact that it would be nice for the human race to allow other life forms, that comprise biodiversity as such, to live peacefully, just because they already exist, and were created by God.

It goes without saying that the two services we've described above are of crucial importance.

But let's take a closer look at the uses of tropical rainforests.

A. Rainforests As Habitats

For thousands of years, rainforests had been home for all the life forms residing in them, including animals and humans (forest (indigenous) people). 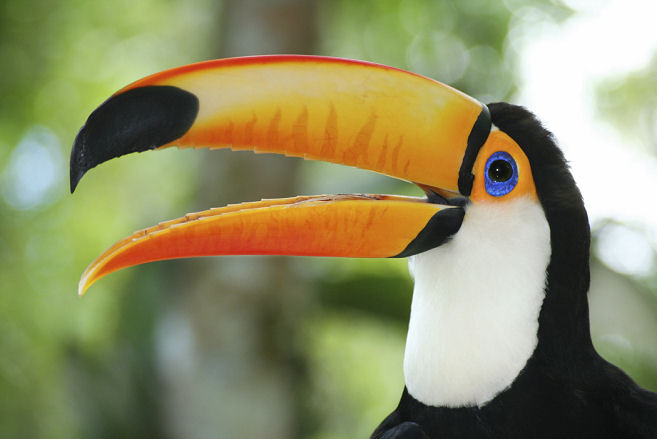 Animals had been utilizing their natural habitats as their needs guided them (by "taking" whatever they needed from their environment (such as food) and "giving back" in some other way (for example, by becoming "food" for some larger predators).

Forest people, on their part, had been historically using rainforest resources in very sustainable ways (ref. 6) - the knowledge they had been gathering over centuries from their ancestors and transferring to their offspring.

In most recent times (the last several decades) rainforests have also become home to many new peasant settlers / migrants who moved to their new habitats as a result of their governments' resettlement programmes, in search of new land for agricultural purposes. (Ref. 7)

B. Rainforests As Resource Bases

Following on from the discussion of biodiversity above, it is no surprise that the tropical rainforests are sometimes referred to as an inexhaustible treasure trove of nature. (Ref. 8)

We can distinguish three major groups of goods that come from the rain forests:

Since the middle ages, tropical rainforests attracted the attention of many European travellers.

The large-scale exploitation of rainforest resources must have started as one of by-products of the industrial revolution in Europe in the 18th - 19th centuries.

Rubber was one of the rain forest's most prominent products, which indeed found many uses in newly born industrial societies. And perhaps, one of its most famous applications was for rubber tyres which were originally used in bicycles, and consequently in motor cars. (Ref. 9)

As for the foodstuffs, you wouldn't believe how much food that we consume every day originated from the rainforests. 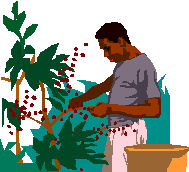 Vanilla and cacao beans (used to make chocolate), for example, were discovered during the very early voyages of the conquistadors to the Americas. (Ref. 10)

It is hard to overestimate the importance of rainforest food products in modern times.

Chris Park mentions that about 12 crops provide 90% of the world's food and half of them come from tropical rainforests including rice and maize. (Ref. 11)

Even the domestic chicken was apparently bred from the red jungle fowl of Indian forests. (Ref. 12)

Products like coffee, bananas, tea, sugar, pineapples, avocados and a lot more are widely used both for local consumption in the rainforest home countries and for exports.

The "most lucrative" rainforest resources

There is virtually no doubt that, historically, logging had been the most lucrative business activity in the tropical rain forests.

This activity allows an accumulation of short-term profits without substantial long-term investments from logging companies.

In the most recent years, relative political and economic stability of rainforest countries allowed for the development of other extractive industries, such as mining and oil & gas. (Ref. 14)

All these activities have inevitably caused, and are still causing, serious environmental damage.

Specifically, this leads to deforestation of pristine ancient rainforest ecosystems and an irreversible loss of valuable forest biodiversity.

What happens if rainforests are removed? 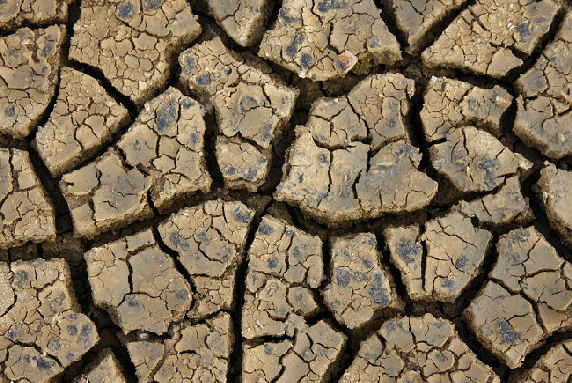 Rainforest soils are quite poor in nutrients, as virtually all of them are contained within the forest vegetation and animal biomass (thanks to the very efficient nutrient cycling within the forests).

So if a forest is cleared, the soil is fully exposed to heavy rainfalls that can easily wash away the topsoil and degrade the soil quality.

Thus, such degraded soil can hardly be used for any productive activity.

As the rainfalls wash away the rain forest soil, they can push such sediments to rivers, water reservoirs and irrigation systems and leave them silted.

This can cause contamination of drinkable water as well as interruption of operations of hydroelectric installations.

As a result of deforestation a larger proportion of rainfall, that would have otherwise been absorbed by the vegetation, is now directly transferred into river systems and may cause serious flooding in river-neighbouring areas.

Rain forest vegetation stores a lot of moisture that evaporates and comes back as rainfall.

If this natural storage of moisture is destroyed, less rainfall is recycled and droughts ensue.

As an example, experts blame such rain forest clearance for recent droughts in Australia. (Ref. 16)

5. Rainforests Help Reduce the Amount of Solar Radiation Reflected Back Into the Atmosphere 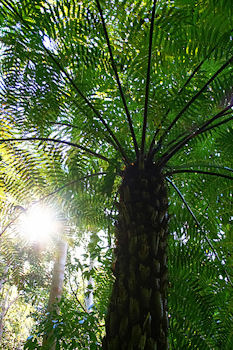 When solar radiation reaches the surface of the Earth, some of this radiation is absorbed by the planet and some of it is reflected back into space.

Some of this radiation reflected back will actually escape into space, and some of it will get trapped in the atmosphere.

A certain proportion of the radiation trapped in the atmosphere will then be re-reflected down to the planet and thus force the temperature to rise.

This is called a greenhouse effect, and it causes global warming.

So the importance of the rain forest vegetation from this point of view is that it helps reduce the amount of solar radiation reflected back into the atmosphere and therefore helps keep the temperatures stable.

Tropical Rainforest Destruction - One of The Biggest Problems of Modern Times

Having considered all the services that tropical rainforests provide, it is really hard to overestimate their overall value to all of us inhabiting planet Earth.

Yet, all too often, financial gains take precedence over the urgent need for rainforest conservation.

Egbert Leigh Jr. refers to the tropical forest as "a victim of a spiritual crisis in humanity". (Ref. 17)

As an excellent illustrative example, find out how the Panama Canal construction almost a century ago affected this country's ecological situation by flooding many kilometers of its rainforests.

How very true this statement is!

Virtually all the rainforest countries are developing countries and they are tempted to use their tropical resources for their economic and social development.

The fact that many of these countries have crippling amounts of foreign debt complicates the situation even further as these governments quite often resort to the use of precious forest reserves to repay their lenders.

See here for a more detailed discussion of rainforest destruction.

But it is not only the structural destruction of rainforests that is a problem we have to deal with.

It is also on-going environmental pollution that seriously affects the health of these vulnerable ecosystems.

We discuss the problem of pollution and its impacts on the rainforests here.

To crown it all, the healthy functioning of rainforests may also be severely disrupted by global warming.

Prospects for the Future?

Not everything is doom and gloom though.

For example, the deforestation rate of the Amazon rainforest (the largest tropical rainforest in the world) during 2005 - 2006 was the lowest since 1991. (Ref. 18)

People in many different countries of the world now recognise the real dangers of global warming and are actually expressing the willingness to pay higher bills to reverse this process. (Ref. 19)

Year 2007 also saw the world's special recognition of the climate change problem, as the Nobel Peace Prize for this year went to the United Nations' Intergovernmental Panel on Climate Change (UN IPCC) and Al Gore Jr.: "for their efforts to build up and disseminate greater knowledge about man-made climate change". (Ref. 20)

So we should all put as much effort as possible to prevent further destruction of tropical rain forests and save our planet from a potential ecological disaster - we don't have a choice.

8. This term was originally coined by the Prussian naturalist Alexander von Humboldt, as quoted in:

In Search of Bounty: The Rainforests Were a Natural Treasure Trove for the European Explorers Who First Visited Them and Have since Provided the Source Materials for Some of Today's Most Commonplace Technologies and Products. (2005, November). Geographical, Vol. 77. Retrieved November 5, 2007, from Questia.com

15. Adapted from Chapter 4.4 Loss of Environmental Services of: