Panama rainforest is arguably the most studied rainforest in the world, due to the continued presence of the Smithsonian Tropical Research Institute.

The Caribbean coast of Panama hosts typical tropical rainforests with year round rainfalls, whereas forests of the Pacific coast have distinct dry seasons. (Ref. 2)

Panama is also home to many islands covered with forest.

One of them, Barro Colorado Island, was formed after its nearby area had been flooded for the construction of the canal.

The island is almost completely forested (ref. 3) and is probably the most famous part of Panama rainforest.

Another Panamanian island worth mentioning is Coiba. It is located in the Pacific Ocean and is the biggest island in Central America. (Ref. 5)

Around 75% of Coiba's territory is covered by the rainforest a large tract of which is still in pristine condition. (Ref. 6) 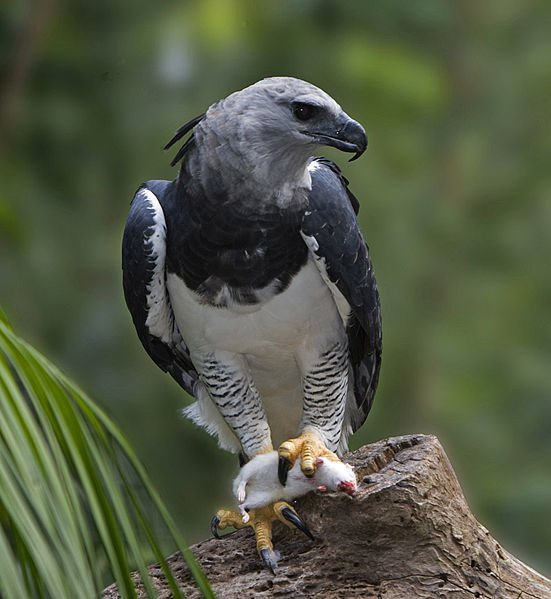 The reason this country is so rich in biodiversity is because it had historically acted as a land bridge between the two continents (South and North America), and species had a chance to mingle with each other.

Among the animal life of Panama we find:

As we've already mentioned, Panama rainforest had sustained massive biodiversity loss during the Panama Canal construction. We will probably never know just how many species (including endemic ones) disappeared as a result of it.

The large-scale deforestation of Panama rainforest in most modern times started at the end of the 19th - beginning of the 20th century, with the Panama Railroad and Panama Canal construction.

In the last 10 - 15 years, Panama rainforest experienced one of the lowest rates of deforestation among Latin American countries.

But this, of course, does not diminish the seriousness of the deforestation problem.

Apart from that, the causes of Panama rainforest destruction are predictable.

They are mostly: clearances of the rainforests for "cash" crops (for example, bananas and coffee), logging operations, cattle ranching and subsistence farming.

It is not really surprising that when the international prices for cash crops go up, we also observe an accelerated destruction of Panama rainforest as more people are trying to take advantage of such price increases.

Experts point out that the most significant cause of deforestation of Panama rainforest since the 1960s has been cattle ranching which required conversion of large chunks of rainforests into pasture lands. (Ref. 9)

As of 2005, more than 90% of Panama rainforest was in private ownership (ref. 10) (as compared, for example, to Ecuador rainforest, 77% of which is in public ownership).

22% of all Panama's forest cover is designated for protection of soil and water. (Ref. 11)

34% (including the previous figure for protected forests) - for conservation of biodiversity. (Ref. 12)

The government of Panama has established 14 national parks with the aim of protecting the country's biodiversity. (Ref. 13)

The world community has also recognized the need for protection of this biodiverse region by awarding the status of a UNESCO World Heritage Site to Panama's three national parks:

It is home to a wide array of plant and animal species: 2,490 species of plants, 169 species of mammals, 533 species of birds, 99 species of reptiles and 78 species of amphibians. Many of these species are endemic. (Ref. 15)

Apart from that, the Darien Park also houses Choco and Cuna Indians. (Ref. 16)


b) La Amistad International Park is a transboundary protected area that is administered jointly by Costa Rica and Panama.

It was created to remove physical borders between the two countries to preserve the traditional migration of animals and humans (specifically, indigenous people).

La Amistad Park is home to one of the largest untouched tracts of rainforest in Central America. (Ref. 18)

It contains numerous species of plants and animals, many of which are also endemic. 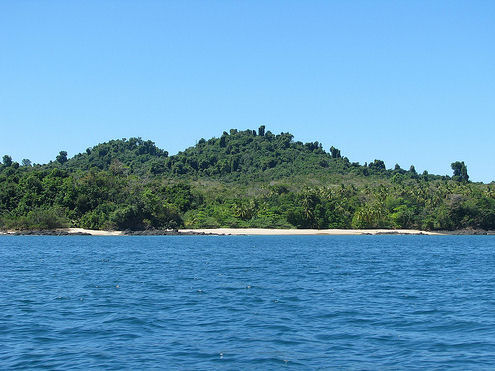 
Thanks to their conservation value, these parks attract a lot of attention from international conservation organisations, such as the Nature Conservancy.

As a tropical rainforest, Panama rainforest is important for humanity both as a store of biodiversity and a regulator of global climate patterns.

But the rainforest is also of crucial importance to the country itself, particularly because it provides water for the Panama Canal's functioning (the forest area around the canal covers over 50,000 acres, or 20,000 ha (Ref. 21)).

So what is the future for Panama Rainforest?

Like rainforests in any other part of the world, there are constant pressures on Panama rainforest caused by all sorts of economic and other social demands.


a) A prominent example of that is the pressure to build a road connecting Panama and Colombia via the Darien Gap - an impassable tract of the rainforest between these two countries. 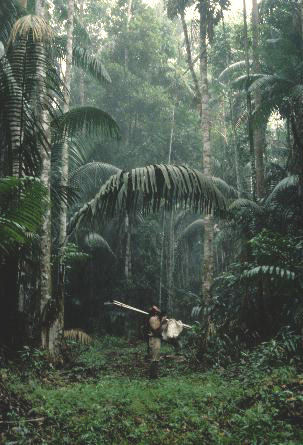 If implemented, this project would effectively create a continuous road connection between the continents of North and South America, finally merging the two strips of the Pan-American Highway (stretching from the north of Alaska to the south of Argentina).

But as we know very well, once a rainforest is opened up by a road, accelerated deforestation follows.

Imagine the scenes of non-stop motor traffic flows passing through the protected Darien region of Panama every day, and all the environmental consequences of it.

Not even mentioning easier access to the depths of the forest and its subsequent human invasion.

Then there will be no real chance of survival for the Darien rainforest in this case.

If implemented, this project would effectively create a continuous road connection between the continents of North and South America, finally merging the two strips of the Pan-American Highway (stretching from the north of Alaska to the south of Argentina).

But as we know very well, once a rainforest is opened up by a road, accelerated deforestation follows.

Imagine the scenes of non-stop motor traffic flows passing through the protected Darien region of Panama every day, and all the environmental consequences of it.

Not even mentioning easier access to the depths of the forest and its subsequent human invasion.

Then there will be no real chance of survival for the Darien rainforest in this case.

b) Another excellent example is the promotion of Plan Puebla Panama by banks and business lobbies, a brainchild of the ex-Mexican President Vincente Fox.

The big idea of this mega project is "to create a development corridor from the Mexican state of Puebla through the country of Panama". (Ref. 22)

The project aims to improve and build infrastructure such as roads, airports, dams; as well as expand the use of "maquiladoras" - factories based on cheap and low skilled labour (haven't we seen it elsewhere before?).

Diane Perrons summarises the essence of this project very well:

Opponents argue, however, that the plan prioritizes the interests of banks (the Inter American Bank (the regional arm of the World Bank) and the Central American Bank of Economic Integration are both sponsors) and the major corporations.

These organizations are attracted by the strategic location of the region, between the Atlantic and Pacific and therefore between the two key trading areas for NAFTA, Europe and Asia.

The area is also attractive to the US government because it provides a direct corridor to Venezuelan oil and a means of extending free trade into Central America.

Correspondingly, in the opponents' view, the main outcomes of the Plan will be the construction of mega-highways or 'dry canals' to supplement the Panama canal, hydroelectric dams to provide power for the rest of Mexico, and agribusiness to supply foreign markets which will result in 'bio piracy' rather than biodiversity.

Furthermore, they argue that the promised maquiladoras will only provide exploitative employment for women and young people.

More generally the central objection to the plan is that it prioritizes external interests rather than promotes autonomous development based around the use of local resources and conforming with the wishes of the indigenous population. (Ref. 23)

It is not difficult to imagine the environmental consequences of this plan: extraction of oil, timber, minerals, use of biodiversity and water would all most likely lead to further environmental degradation / deforestation (including of Panama rainforest).

For any country, there is always an issue of balancing its economic progress with the use of its natural resources. 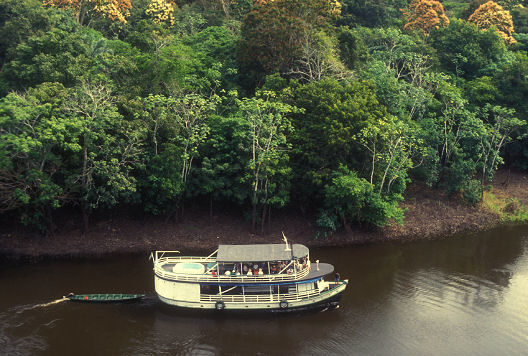 As long as there is poverty, the environment / natural treasures will most certainly be utilised to conquer it.

The same is the case with Panama.

The task is to find sustainable ways for Panama's economic development (such as ecotourism which is becoming very popular among many rainforest nations).

An increasing number of countries (for example, Costa Rica) are managing successfully to find and implement sustainable ways for their economic progress.

We are quite certain Panama can too, if there is a strong political will to do so in the future.