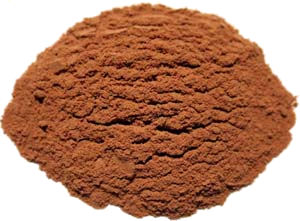 Rhodiola rosea (Golden Root, or Roseroot) is a truly fascinating plant which grows in cold climates, ex. Russia, Arctic, and many mountainous regions throughout the world.

It has received special early attention in Russia where it has been widely used and studied by a number of researchers for its medicinal properties.

The concept of adaptogenics had been developed by Russian scientists (N. Lazarev et al) in the 1940s to describe the action of some compounds to help the body adapt to physical, chemical and biological stress and other environmental factors, and allow it to protect itself from potential damage. (Ref. 1)

Stress places a huge burden on the immune system. At the very least, it may make us feel always tired and mentally fatigued.

As a gentle energy food, Rhodiola rosea can revitalize the body by neutralizing the harmful factors that it has to deal with during stressful times.

Taken on a regular basis in advance of any demanding situation, this adaptogen can also help the body to pre-adapt itself to such external irritants and thus avoid the damage.

In fact, around twenty eight compounds - including many unique ones - have been isolated from its roots and leaves. (Ref. 1)

As an anti-depressant, this plant works by balancing the levels of serotonin and dopamine - important monoamine neurotransmitters which are responsible for regulating mood, sleep, attention, appetite and other functions in our bodies. (Ref. 1)

And just like some other adaptogens (ex., Ginseng, Maca and Ashwagandha), Rhodiola rosea can be used to relieve fatigue, energise the body and uplift the mind. (Ref. 3 and 4)

Rhodiola rosea may also have anti-ageing and longevity-boosting effects for which it is currently being studied. (Ref. 5 and 6)

Russian media sources report that this plant has been widely used by this country's astronauts, Olympic champions and other athletes, the military and politicians to boost energy and fight ageing, as well as improve mental clarity, physical endurance and generally to support cardiovascular and nervous systems.

Over the years, scientists in Russia performed many studies to test the effectiveness of Rhodiola rosea.

It has also been suggested that Rhodiola rosea is possibly capable of preventing increased appetite and subsequent weight gain as a consequence of stress-related events that a person may be going through. It may also be used as a weight loss aid thanks to its highly efficient metabolism of fats. (Ref. 7 and 8)

This plant has received a wide international recognition. For example, Sweden designated it as a herbal medicinal product where it is used as an ant-fatigue agent, and in Denmark it is registered as a botanical drug. (Ref. 9 and 10)

Here is what the Swedish Medical Products Agency states about Rhodiola rosea:

How Does Rhodiola Rosea Work?

It is interesting to note that Rhodiola rosea specifically improves the physical work capacity.

Some studies demonstrated that athletes who took this food showed a more robust athletic performance; their cardiovascular indicators were healthier, endurance levels were higher, and a full recovery time occurred much faster. (Ref. 10)

Adaptogens are different from other stimulants in the way they work on our systems.

We know that some highly popular "energy-boosting" chemicals, such as caffeine, can deliver an immediate increase in physical capacity and mental clarity. However, an energy collapse that occurs a couple of hours later is a well-known unpleasant side-effect of overstimulating the central nervous system with caffeine.

Adaptogens, in contrast, may help us maintain the work capacity for much longer, and they certainly don't cause any type of biological collapse.

The above-mentioned example of the "swimming mice" identified some possible mechanisms for such positive revitalizing effects on the system.

Researchers suggested that the plant had increased the amount of energy metabolites, adenosine triphosphate (ATP) and creatine phosphate in the muscles and brains of the tested mice. Rhodiola may have also increased ribonucleic acid (RNA), protein and amino acid synthesis - which, in turn, may enhance the ammonia absorption and energy metabolism of the cells. (Ref. 10)

Some experts recommend that we take regular breaks during the long-term supplementation with this plant.

I have been taking Rhodiola alongside some other superfoods for a while. I feel like it has a general *balancing* effect on my system. ~ Irina Bright

4. A. Spasov, G. Wikman, V. Mandrikov, I. Mironova, V. Neumoin (2000). A double-blind, placebo-controlled pilot study of the stimulating and adaptogenic effect of Rhodiola rosea SHR-5 extract on the fatigue of students caused by stress during an examination period with a repeated low-dose regimen. Published in Phytomedicine, Vol. 7(2). Urban and Fischer Verlag. Retrieved June 8, 2013 from: https://www.curador.net/indexnl/rosea/Spasov.SHR-5.students.2000.pdf