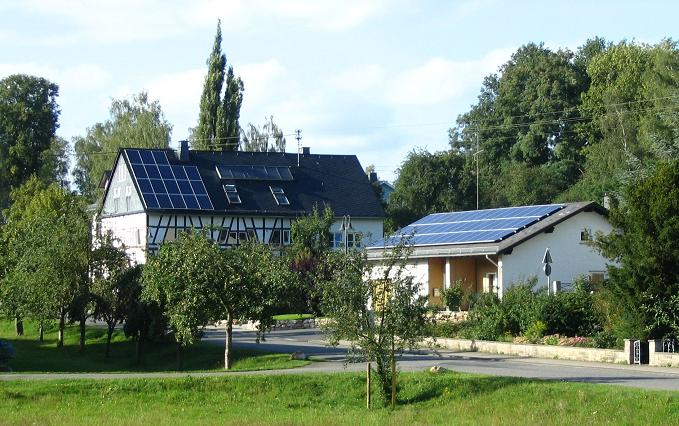 So, you have done a lot of research and finally decided to install a solar panel system to cover your home power needs.

You have decided to get all the pieces of your solar system separately and assemble it all by yourself.

Maybe, you settled on getting ready-to-install solar power kits. Or perhaps even thinking of asking someone else to do it all for you?

Whatever your decision, by now you simply want to know what on Earth are the components of this "system" that you want to install in your house.

The main function of a home solar system is to transfer electricity from the energy source (your solar panels) to end consumption units (your home appliances that will be using this electricity).

In simple terms, there are 2 main types of solar systems that you can use for your home:

The grid itself is an electric network that supplies power straight to your house.

A grid-tied system provides for an interactive exchange of power between your home system and the grid network. For example, your home solar system may be covering your electricity needs during the daytime, while the grid will kick in during the night when the sunshine is not available.

On the other hand, if your system produces more energy than your appliances consume, you will then be selling this excess amount of solar electricity back into the grid and get credits for it.

An off-grid system is a stand-alone system which is not interconnected with the grid. It is mostly used in remote locations with no (or weak) connection to the central grid system.

Let me try to present these 2 different types of systems in a "block-by-block" fashion - i.e by adding individual components together to explain how each of them works.

This is how a basic grid-tied solar system will supply power for your home appliances: 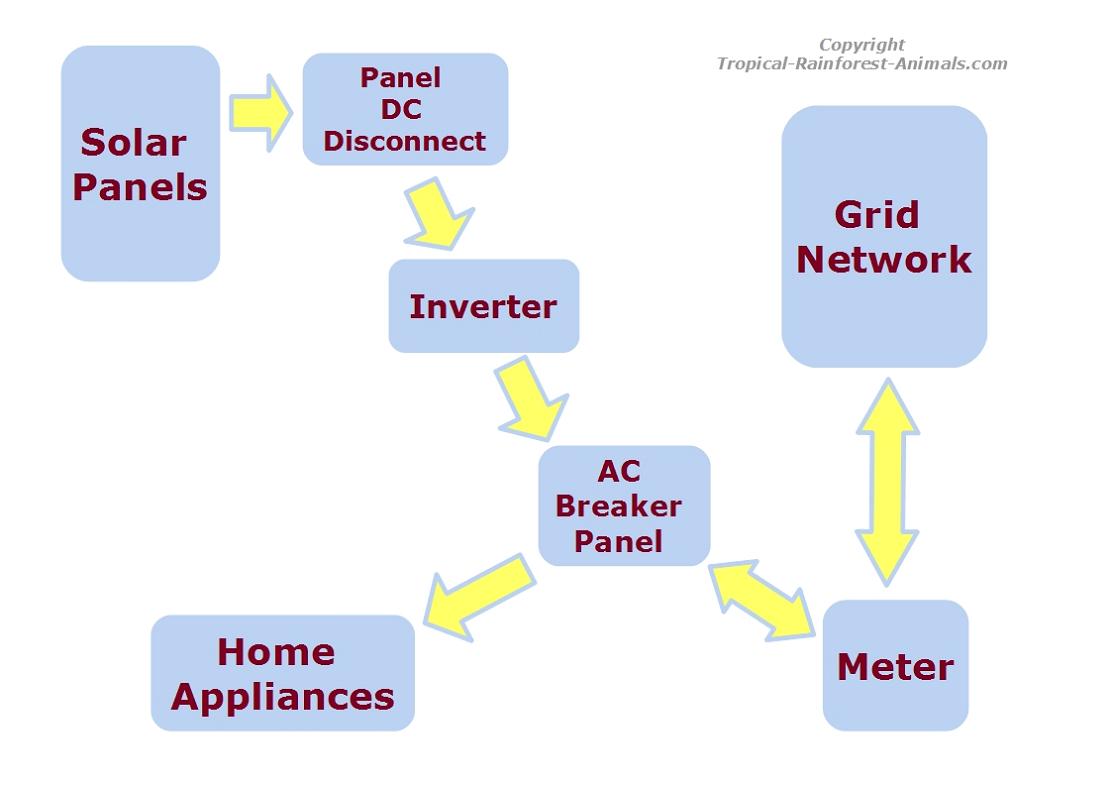 As you can see, it consists of:

As much as a system like that looks "nice and neat", sometimes your grid-delivered power will not be available due to different kinds of interruptions, for example, for some maintenance work or because of black-outs.

This may be the issue for some remote places with an unreliable grid service.

In this (quite rare) case, you may want to have a system that would give you an option to store energy for the times when "live" power supply from the grid is not available.

In other words, a system with some sort of a backup - battery backup.

Enter some more "blocks" to the diagram above to "design" a grid-tied system with battery backup.

Here is what we get:

You will see that I have added the following components:

This system may also be good if you live in an area with many bad weather days and want to have that extra reserve of power in case the weather lets you downs for several days in a row.

Still, having a system with battery backup is an expensive option. So you should probably consider going down this route only if you really need it.

If you've decided to move to the countryside, away from it all, then "going off-grid" sounds like a suitable option.

It means you won't be connected to the grid (and may even be happy about it :)) and will have a totally autonomous system for meeting your home power demands.

Your off-grid system will look very much like the grid-tied system with battery backup.

The main difference is that the grid will be, well, out of the picture.

But what would you do on dark and cloudy days when your battery-stored power runs out and there is no access to grid-supplied electricity?

Enter a backup generator which will be there when you need it.

Backup generators are powered by conventional fuels such as natural gas, and are added to your system as follows: 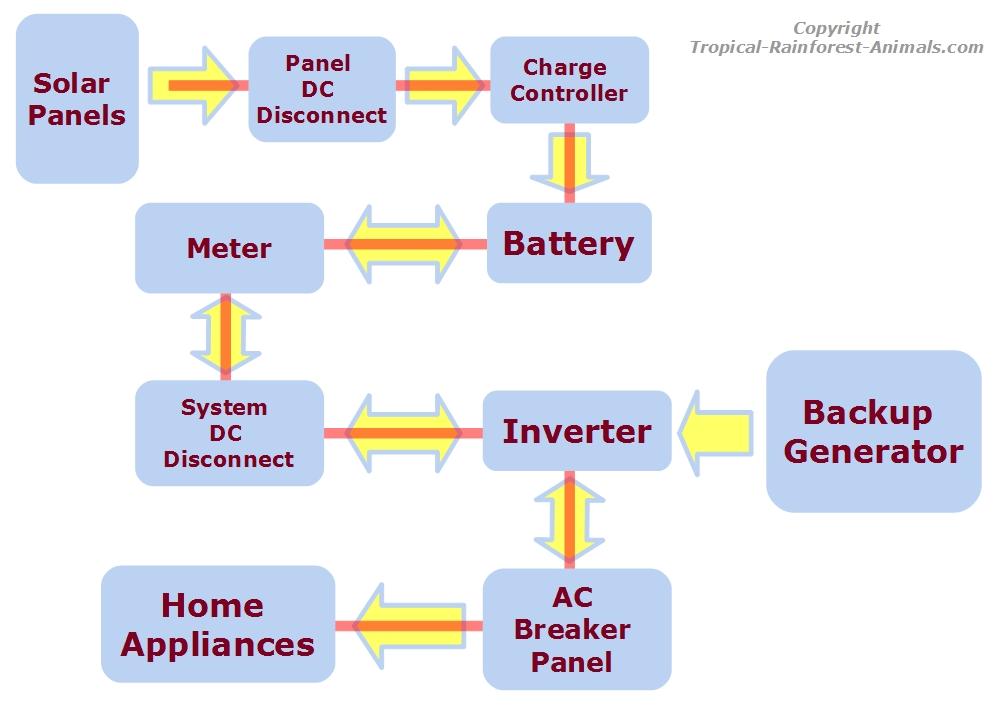 You may want to choose this system even if you live in an area with a reliable grid connection, but for whatever reason want to be totally independent of this central system anyway.

So, What System Should YOU Choose?

This, of course, depends on your own needs and preferences as well as your financial situation.

Before you decide to invest in your own solar panel system, it is a good idea to make sure you already have most energy-efficient appliances as well as a thoroughly insulated house.

This is because you really don't want to waste money on a larger solar system that will produce more energy in the future than you will actually need. Most likely it will be more expensive than buying new energy-efficient appliances anyway.

Whatever your decision, I wish you good luck with it, and thanks for caring about the environment as well!