" …humans are the ultimate weed species... We have shown an incredible ability to invade, change, and inhabit every habitat type on the planet." ~ Richard P. Reading (Ref. 1)

The main fundamental cause of animal extinction in most recent times has been, without any reasonable doubt, human demand, either for animal resources directly, or for the natural resources constituting the animals’ habitats.

In addition to that, there are other indirect causes which are nonetheless initiated by human activities.

We explore these areas in depth below. 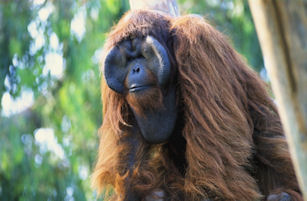 Orangutans are endangered due to loss of their rainforest habitat.

Habitat loss, as a result of human demand, is widely considered to be the most important cause of animal extinction.

Rainforests are the main habitats for tropical animals.

There are huge demands laid constantly on forests by various parties.

Richard P. Reading summarizes the effects of habitat loss and its contribution to animal extinction very well below:

The process of habitat destruction is incremental. Each piece of habitat may not seem important individually, but there are cumulative effects. The process is more insidious than direct overexploitation. No one holds a “smoking gun.” The native species simply vanish.

The effects of these changes can be predicted mathematically. Roughly, when 90% of the habitat is eliminated, 50% of the species will be lost.

Selection of the lost species, however, is not random. The larger, wide-ranging species, such as large carnivores, suffer first. Because those groups often contribute to healthy ecosystem processes, a wave of secondary losses may follow their decline …

Animals that conflict with humans are also the victims of concerted eradication efforts.

Species with a narrow geographic range, or species that were never common, are vulnerable as well. Species that are not effective dispersers are limited when their habitat is disrupted. Species with narrow niche requirements may see that niche disappear quickly. And species that live in colonies, or social groups, are often affected when numbers decline.

When habitat is fragmented, some species die as a direct result of lost resources. Other species survive in reduced numbers in the habitat fragments, but their vulnerability to extinction increases.

To emphasize it once again, endemic species (those present only in a certain geographical location) are particularly vulnerable to habitat loss.

As an example, there are many species of frogs endemic to small locations, such as the blue poison frog, golden poison frog, and many others.

So there is no doubt that habitat loss and fragmentation are the main contributors to animal extinction and animal endangerment. 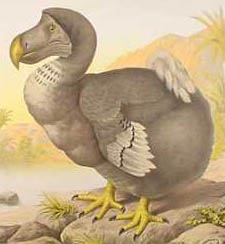 Poaching and (legal and illegal) wildlife trade are another common threat to animals.

But the introduction of ban and / or restrictions on international trade in many endangered species (CITES) several decades ago became an effective measure in halting this problem.

In one of the most outrageous cases of simultaneous drug and wildlife smuggling which occurred at Miami Airport in 1993, 312 boa constrictors that arrived from Colombia were found carrying inside them 39 kilos of cocaine. All of the snakes eventually died. (Ref. 4)

One of the most shocking examples of pet trade in endangered species took place in Taiwan at the end of the 1980s.

As a result of a TV show featuring an orangutan, the demand for this endangered animal in Taiwan surged, and the country saw as many as a 1,000 young orangutans entering it illegally and being sold via newspaper adverts.

The real toll was, of course, much bigger as the capture of young animals involves killing its mother, and then many of them would have died in transit. (Ref. 5)

This activity is virtually non-existent now but it would have contributed to animal demise during its peak period.

The trade in bushmeat (consumption of meat of wild animals for food) in central Africa is the main source of income for rural residents.

It’s been estimated that hunting for bushmeat may now even outrank habitat loss as a threat to rainforest animals in Africa. (Ref. 7)

However, consumption of bushmeat (especially that of primates) not only contributes to animal extinction but has also been linked to various diseases, specifically AIDS (i.e. transmission of AIDS-related viruses from bushmeat to humans). (Ref. 8)

It is not clear how significantly this type of activity contributes to animal extinction.

But it’s clear that there is still demand in South East Asian countries (such as China) for body parts of some endangered animals (such as the tiger), which are used in traditional medicine and as aphrodisiacs. (Ref. 9)

Almost all biomedical research is done in industrialised countries which were the main importers of animals (specifically, primates) for these purposes during 1950s – 1960s.

For comparison, the total present wild population of chimpanzees is no more than 150,000 across all of Africa. (Ref. 11)

Until this day, many companies still perform animal testing for biomedical research purposes. One way to show your protest against animal testing is not to put your money in these companies.

As an alternative, we now have an option to invest in socially responsible mutual funds (aslo called ethical funds) many of which have policies of non-investment in animal testing companies.

You can read more about socially responsible investing here.

Other causes are not related to the immediate human demand for animals or their habitats’ resources.

But they are still initiated by human actions.

It has been recently suggested that warmer global temperatures may be affecting animals in different ways.

In fact, global warming is predicted to put at least 20-30% of plant and animal species at rist of extinction, and up to 40-70% in worst case scenarios.

As an example, frogs are an especially vulnerable species.

The climate warming has been suggested as a possible cause for the disappearance of the golden toad in Costa Rica.

Environmental pollution which in many ways causes global warming, is another cause for animal demise.

Yet again, tropical frogs may be seriously affected by pollution of their habitats.

A good example of that is that of Galapagos tortoises.

During the 20th century, goats introduced to the Galapagos Islands fed on the tortoises’ food supply, and pigs, dogs and rats ate tortoise eggs. As a result, tortoise numbers went dramatically down. (Ref. 12)

Ranchers may shoot wild animals on spot when they feel that they attack domestic sheep and thus destroy ranchers’ livelihoods.

This happens quite often with jaguars and was the main cause of the Tasmanian tiger’s extinction.

To prevent animal extinction and animal endangerment in the future, we should certainly learn the lessons of the past and try to eliminate as many causes of animal demise as only possible.

The exploitation of natural resources that often leads to animal extinction is closely linked to economic progress of the countries where this process occurs.

We should strive to find the right balance between human and animal welfare – that is the only way forward towards harmony of man and nature.